Top 10 Places to visit in the World before you Die

“The one land that all men desire to see, and having seen once-by even a glimpse would not give that glimpse for the shows of the rest of the world combined” ~ Mark Twain

Although there are many things to do in the world, but when it comes to traveling there are some places that can’t be missed in a lifetime. This list talks about them; the top 10 places to visit in the world before you die.

So here they are in no particular order, the top 10 places to visit in the world before you die

Petra, Jordan: Portals into Past 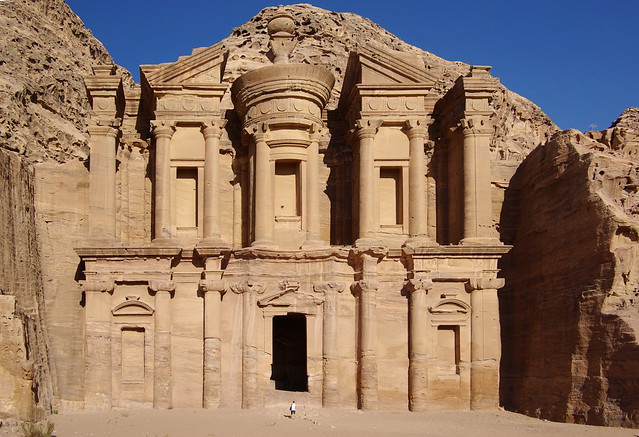 Top 10 Places to visit in the World before you Die – Petra: Portals into Past

Petra, one of the seven wonders, is fabled rose red city and is a well known earliest Nabataean city in the south Jordan. If you have decided to travel to Jordan, then Petra is at the top of your priority list. The solid red sand stone buildings in Petra are unlike anything that you have ever seen before. It is a half built, half carved city set in a dominating red sandstone landscape surrounded by mountains.

Inhabited since prehistoric times, Petra rose into prominence owing to its location as the crossroads between Arabia, Egypt and Syria-Phoenicia. Petra was a crossroad between these ancient civilizations and a major caravan center for the incense of Arabia, silks of China and spices of India. Petra, recognized as UNESCO World Heritage Site is one of the richest and largest archeological sites in the world. 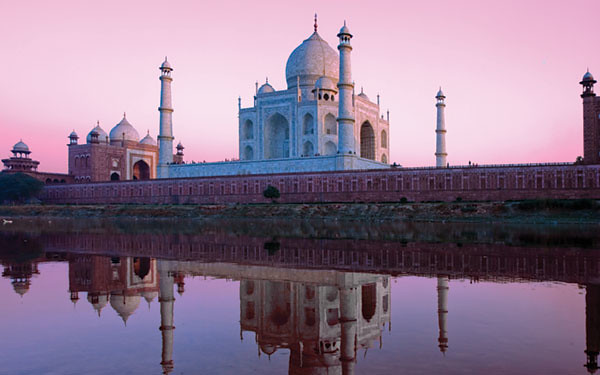 Top 10 Places to visit in the World before you Die – Taj Mahal: Timeless Wonder

A burnished beacon set on the red sandstone platform and made entirely of the white marble, Taj Mahal is the most iconic structure of India. Such is the cultural and artistic value of this immaculate structure that it was inscribed as a World Heritage Site by UNESCO in 1983 and was recently voted one of the Seven Modern Wonders of the World.

Taj Mahal was built by Mughal Emperor Shah Jehan for his beloved wife Mumtaj Mahal, Regarded to be the magnum opus of the Mughal Architecture and a fusion of many architectural styles, Taj Mahal is one of the most popular tourist destinations in India.

The rigor of a perfect elevation of astonishing graphic purity is disguised and almost contradicted by the scintillation of a fairy-like decor where the white marble, the main building material, brings out and scintillates the floral arabesques, the decorative bands, and the calligraphic inscriptions which are incrusted in polychromatic pietra dura in the construction of Taj Mahal.

It definitely rates high among top destinations in world to visit before you die.

Memphis and its Necropolis (Pyramids), Egypt: Feats of Engineering 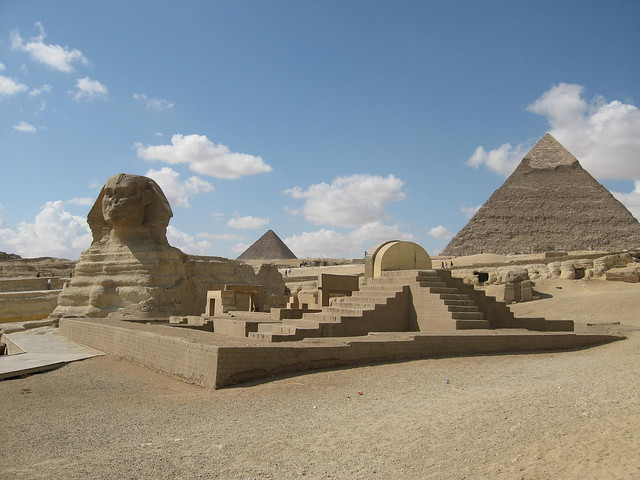 Top 10 Places to visit in the World before you Die – Memphis and its Necropolis: Feats of Engineering

Pyramids and wonderful temples are the great things to enjoy in Egypt. Travel to Egypt offers you the nature and desert treks, fishing, golfing, scuba diving and birding groups.

You can choose the places like Sinai coasts or red sea to relax. The capital of the old capital of Egypt is home to some extraordinary funerary monuments which include rock toms, ornate mastabas, temples and pyramids.

Listed as UNESCO World Heritage Site, these monuments definitely qualify for the top destinations in world to visit before you die.

The ensemble at Memphis embraces a number of exceptional monuments of great antiquity. The exceptional historic, cultural, artistic and sociological interests of these monuments bear testimony to one of the greatest ancient civilizations on earth.

The pyramids, which have always loomed large as emblems of ancient Egypt in the Western imagination, were popularized in Hellenistic times, when the Great Pyramid was listed by Antipater of Sidon as one of the Seven Wonders of the World. Memphis and its Necropolis is the oldest of the ancient Wonders and the only one still in existence.

The Great Wall of China: Legend of the Falls 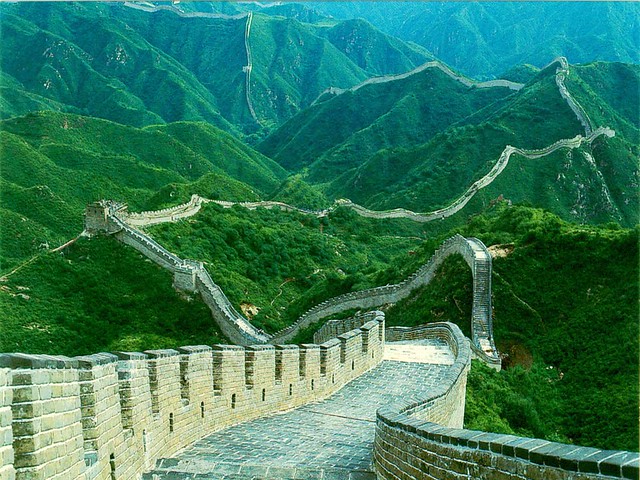 Top 10 Places to visit in the World before you Die – The Great Wall of China: Legend of the Falls

With a history of well over 2000 years and length of over 8800 kilometers (5500 miles), the strategic and historical significance of the Great Wall of China is matched only by its archeological implication. The wall is one of the leading tourist attractions and a definite must do for travelers owing to its architectural grandeur and historical importance.

The Great Wall winds up and down across deserts, grasslands, mountains and plateaus, stretching from east to west of China like a dragon casting its mythical aura and importance not just in China but the world. 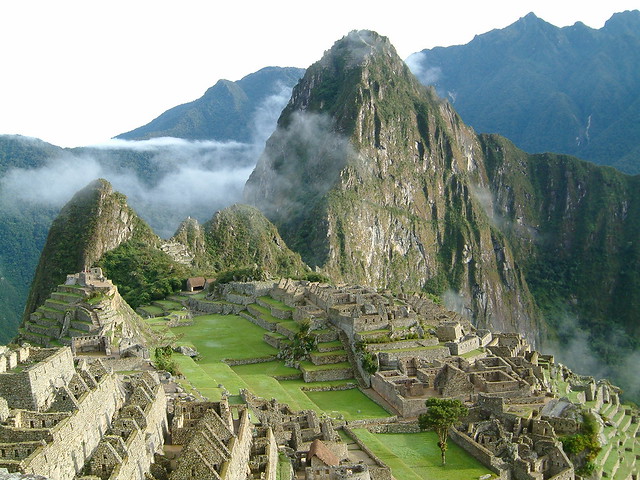 Top 10 Places to visit in the World before you Die – Machu Pichhu: A Matter of Timing

It is one of the Seven Wonders of the World and a World Heritage Site. This is mystical place and a great spot to divinity. Machu Picchu, the royal retreat of the Incan emperor Pachacuti, sits atop the Urubamba Valley in Peru.

Meaning “Old Mountain” in the Quechua Indian language, the complex was constructed in the 15th century as a place for the emperor and his retinue to relax, hunt or entertain foreign dignitaries. One of the best time to visit this mesmerizing site is during morning before sunrise to capture the truly spectacular sight of the sunrise.

An almost spiritual and awe-inspiring view of the landscapes basking in the glory of the sun makes this one of the top destinations to visit in a life time.

Machu Picchu stands 2,430 m above sea-level, in the middle of a tropical mountain forest, in an extraordinarily beautiful setting. It was probably the most amazing urban creation of the Inca Empire at its height; its giant walls, terraces and ramps seem as if they have been cut naturally in the continuous rock escarpments.

The natural setting, on the eastern slopes of the Andes, encompasses the upper Amazon basin

with its rich diversity of flora and fauna. 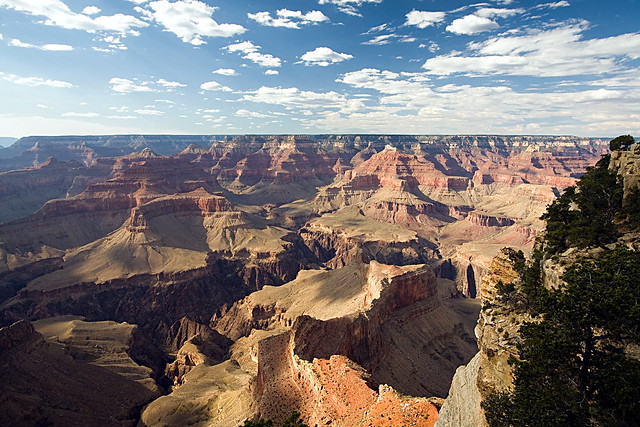 Top 10 Places to visit in the World before you Die – Grand Canyon: Scaling the Heights

A powerful and inspiring landscape, the Grand Canyon overwhelms our senses through its immense size; 277 river miles (446km) long, up to 18 miles (29km) wide, and a mile (1.6km) deep.

Carved out by the Colorado River, the Grand Canyon (nearly 1,500 m deep) is the most spectacular gorge in the world. Located in the state of Arizona, it cuts across the Grand Canyon National Park.

Its horizontal strata retrace the geological history of the past 2 billion years. There are also prehistoric traces of human adaptation to a particularly harsh environment. 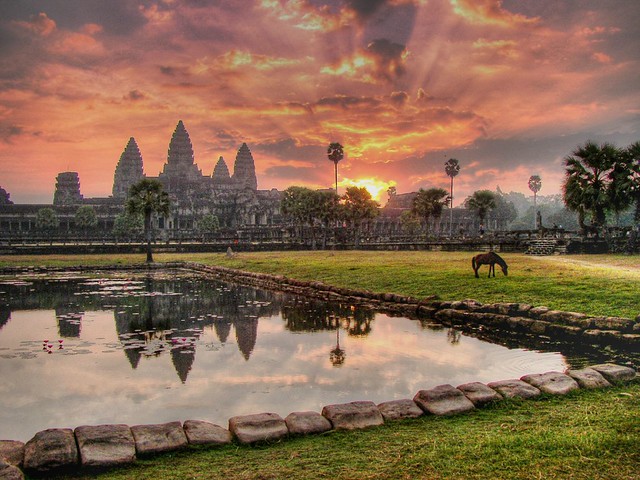 Top 10 Places to visit in the World before you Die – Angkor Wat: The Divine Inspiration

Angkor is one of the most important archaeological sites in South-East Asia. Stretching over some 400 km2, including forested area, Angkor Archaeological Park contains the magnificent remains of the different capitals of the Khmer Empire, from the 9th to the 15th century. Angkor Wat Temple is the largest and most stunning attraction among the various monuments.

The temple was built in the early 12th century and was dedicated to lord Vishu, a Hindu God. Later it also became significant religious center for the Buddhist. The temple is recognized for its classical style of Khmer architecture. Angkor Wat today is a major pilgrimage site and one of the must visit tourist attractions of world. 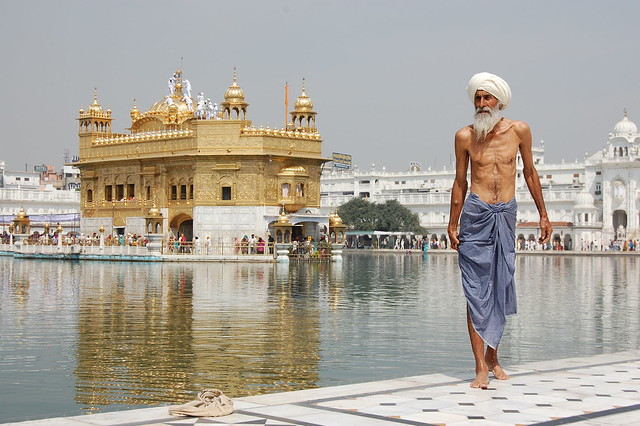 Top 10 Places to visit in the World before you Die – Golden Temple: Sound of Silence

Glittering in gold and iridescent in reflection in pool water, the Golden Temple or Harmandir Sahib is the holiest shrine of Sikhs located in Amritsar, Punjab.

Blending both Indian and Mughal style of architecture, the Golden Temple has a large dome covered with gold giving it the name with which is known to the world today.

The structural brilliance of the Golden Temple draws the interest of tourists and travelers from around the world. 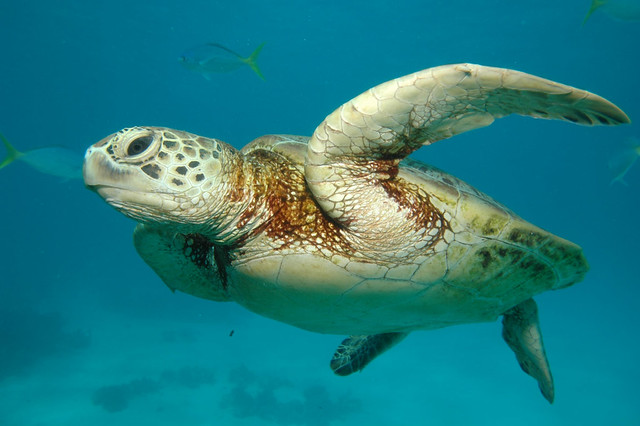 It contains the world’s largest collection of coral reefs, with 400 types of coral, 1,500 species of fish and 4,000 types of mollusc. It also holds great scientific interest as the habitat of species such as the dugong (‘sea cow’) and the large green turtle, which are threatened with extinction.

The breathtaking diversity and unparalleled diving opportunities make the Great Barrier Reef one of the top attractions in the world to visit before you die. 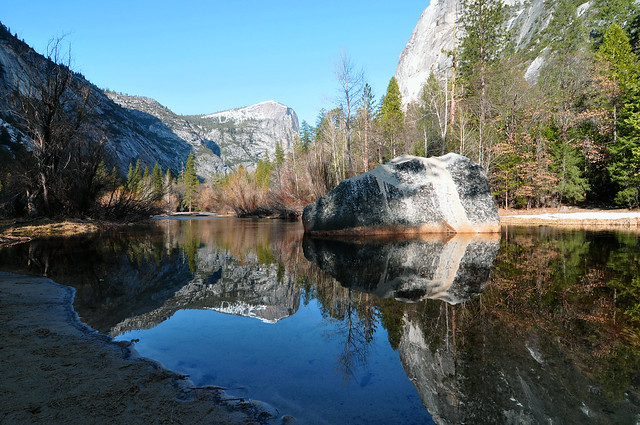 Top 10 Places to visit in the World before you Die – Mirror Lake in Yosemite National Park: Spectacular Abundance

Yosemite is located on the western slopes of Sierra Nevada Mountains. It is one of the nation’s most famous national parks in US. Yosemite is one of the most popular tourist attractions in USA. The glacially eroded alpine valley is just 8 miles long and less than one mile wide with sheer granite walls rising vertically over 3000 feet (1000 meters) on either side.

Owing to the geographical diversity, the richness of flora and fauna and beautiful vistas created by geological factors contribute to the popular attraction of the Park. Yosemite National Park was declared a World Heritage Site in 1984.

Narrowly missing the list was the mystical valleys of Ladakh, the heaven-on-earth incarnate that you wouldn’t want to miss. 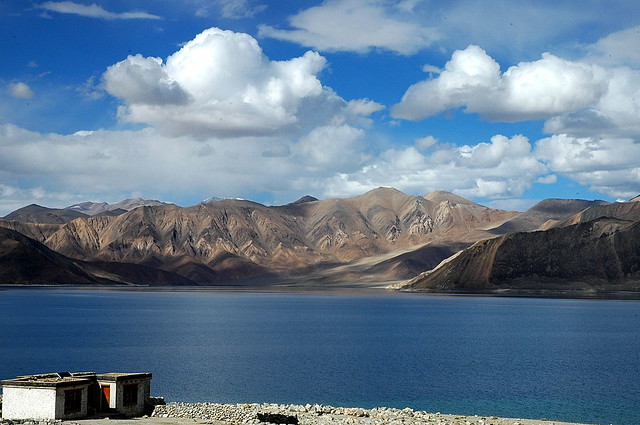 L:adakh, the barren paradise, is one of the most sought after destinations in the world. Every Year when the road to Ladakh opens in late May, visitors from all corner of the world head to Ladakh for the ultimate adventure experience.The allure of Ladakh lies in its high altitude mountain passes, emerald lakes, towering mountain peaks, Buddhism and the sand dunes of Hunder. Ladakh is always in the wishlist of bikers and road trippers who head to “Little Tibet” every year for that adrenaline rush which is unique to Ladakh.

Check out more about Ladakh at https://www.lehladakhindia.com