Ideas for Christmas, New Year and Winter Vacations in India

What’s your idea of Christmas and New Year? Is it the beach, the wild, the forts and palaces or the sand dunes or the hills?

If it is something listed above and if you are in India, we do have some suggestion for you to celebrate your Christmas and New Year holidays in India in a fashion that you’ll cherish for your life.

There is Goa with its beaches, carnivals and vibrant nightlife, there’s Rajasthan with its magnificent forts & palaces and dazzling culture, there’s the mighty Himalayan kingdoms of Himachal & Uttarakhand and then there is pristine North East and ‘God’s own Country’ Kerala, when it’s come to Christmas and New Year Celebration, India with its eclectic mélange of culture, attractions and biodiversity beckons millions of tourists from around the globe.

With only a few weeks to go before the year’s end and with the arrival of winter and New Year, it’s the time when tourism in India reaches crescendo. Winter is the time when overseas tourists love to explore India. From tiny emerald Goa to royal Rajasthan, every place is abuzz with tourists from all corner of the world. 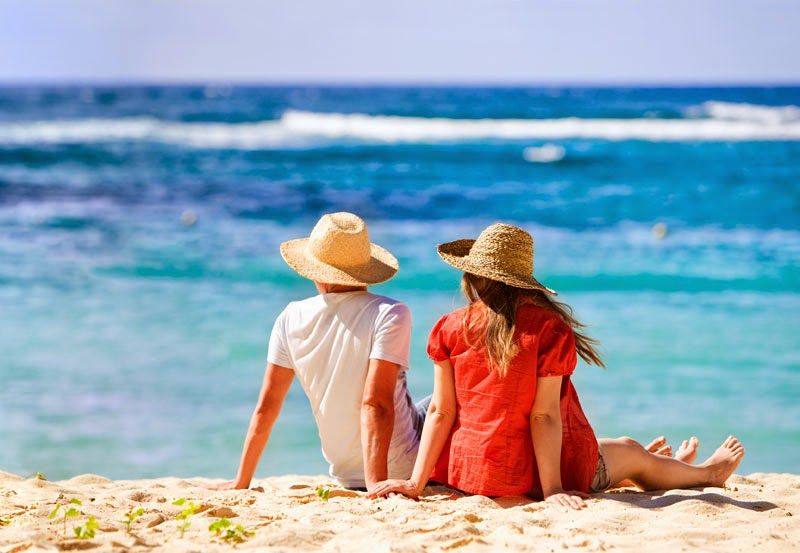 Nothing beats this tiny emerald when it comes to Christmas and New Year celebration in India. This truly global beach destination has it all. From Carnivals, festivals, beaches, churches to vibrant nightlife, Christmas and New Year is peak season in Goa. You’ll find it really hard to book a place to stay if not done in advance.

One of the major draw of new year’s festivities in Goa is the Sunburn Festival, a musical extravaganza with some top international music performers thrilling and entertaining the crowd for 3 days.

[Plan your trip to Goa]

Very close to Goa in terms of popularity, appeal of Rajasthan lies in its royal past. Made up of erstwhile princely states of Rajputana – the land ruled by Rajput Warrior Princes – Rajasthan is riot of colors.

Extravagant color evident in saris, kurtis and turbans looks striking against the stark landscape of this desert kingdom wherein lies the appeal of Rajasthan internationally.

The major draw of this royal land are the forts, palaces, havelis, desert, wildlife, shopping heritage hotels and the vibrant culture.

From sundowner cocktails in Sam sand dunes to boat ride in Lake Pichola overlooking the magnificent Taj Lake Palace and from shopping in local bazaars to having high teas with Maharajas, Rajasthan has it all.

Add to that a dash of wildlife in Ranthambore National Park renowned for its tiger spotting opportunity and Keoladeo National Park which is a UNESCO World Heritage Site, tours to Rajasthan keeps even the fussiest of travelers always on their toes. Major destinations in Rajasthan include Jodhpur, Bikaner, Bharatpur, Jaipur, Udaipur, Pushkar and Ranakpur among others.

Marketed as ‘God’s Own Country’, Kerala has managed to capture the attention of the international tourism market in no uncertain manner.

Kerala’s tourism brand is listed among the top 100 brands of India and has been accorded the highly coveted ‘Super Brand’ status.

Kerala is cited as one of the 50 destinations of a lifetime by National Geographic Traveller, and is also a ‘partner state’ to the World Tourism and Travel Council. Need we say more?

The captivating beuty of palm fringed backwaters in Alleppey, tea gardens in Munnar and a laid back Varkala area near Kollam with superb scenery are some of the must to do things in Kerala. And here’s a lowdown on more things to do and tourist places in Kerala.

You can arrive in Kochi (renowned for its Fort and Chinese Fishing Nets) and plan a trip which covers, Munnar and Thekkady (hill stations and wildlife at Periyar National Park), Kumarakom and Alleppey (Bird sanctuary, backwaters and houseboats), Varkala and Kovalam both beaches and Kanyakumari which is the southern tip of Indian Mainland.

Do check out Vivekanand Rock Memorial when in Kanyakumari, it’s an awesome attraction and highly recommended by us.

Perhaps the most popular tour circuits and not just in winters but throughout the year, the golden triangle tours connects 3 leading tourist destinations in India: Delhi, Jaipur and Agra.

Three cities with innumerable legends and folklore, it is here that India comes alive. Cradle of ancient Hindu dynasties and bastion of later Sultans and Mughal Empire, these 3 destinations are characterized by cultural ethos which define Indian’s secularism.

The attractions in the golden triangle tour circuit could include more than 9 UNESCO World Heritage Sites in India which if this post is to be believed could be covered in 4 days or less.

Unmissables are the Taj Mahal in Agra, Red Fort, Qutub Minar and Humayun’s Tomb in Delhi, Fatehpur Sikri and the Amber Fort & Jantar Mantar in Jaipur.

Add to this nearby tourist destinations like Rishikesh (Yoga), Varanasi (Hindu Pilgrimage), Amritsar (Golden Temple) and Khajuraho (UNESCO World Heritage Temple Complex), what one gets is a magical tour to India in all its vividness.

Dalhousie, Shimla and McLeodganj in Himachal Pradesh are some of the destinations to be in to celebrate the Holiday Season. What make these destinations unique is their connection to British Raj. With the arrival of snow, travelers from overseas are at home in these picturesque locales.

With home to over 100 National Parks, India is one of the best places for wildlife safaris in the world. Be it the elusive Royal Bengal Tigers, the endangered Great Single Horned Rhinoceros or the Asiatic Lions, animal and plant species abound in the wildlife sanctuaries across India.

For rhino spotting, Kaziranga National Park in Assam – a UNESCO inscribed World Heritage Site – which is home to 2/3rd of the global Great SIngle-horned Rhino population is your best bet.

If it is the tiger spotting than wildlife sanctuatries in Madhya Pradesh like Bandhavgarh, Pench and Kanha National Park and Ranthambore National Park in Rajasthan  in your best bet to spot the royal predator.

For bird watching head south to bird sanctuaries in Kerala and Karnataka or the World Heritage Site Keoladeo Ghana National Park popularly referred to as Bharatpur Bird Sanctuary in Rajasthan.

[Plan your wildlife tours in India]

Luxury Trains in India are fast gaining global popularity. India has one of the world’s most loved train Palace on Wheels as the fore runner and the newly introduced Maharajas’ Express (which is dubbed India’s answer to the Orient Express of the West) as the top contender for the throne of world’s best luxury train.

Luxury train tours in India offer unique, opulent and elegant ways to celebrate the Christmas and New Year with your loved and dear ones.

These luxury rail journeys take you to some of the best destinations in India covering UNESCO World Heritage Sites, wildlife sanctuaries, forts and palaces and places of cultural and historical significance.

One of the advantages of luxury train tour over conventional tour package is the all-inclusive itineraries and tastefully crafted journeys to give you a peek into the culture, heritage and royal facets of India.

Just curious whether you’d be interested in knowing more about the 10 best luxury trains in the world?

There are 5 luxury trains in India offering a total of 11 train tour packages to offer you a taste of ‘Maharaja’ life. Besides Palace on Wheels and Maharajas’ Express, there is the Deccan Odyssey, Royals Rajasthan on Wheelsand theGolden Chariot to choose from for luxury train tours in India.