Voted one of the best luxury hotels in world, the Taj Lake Palace appears floating amidst the turquoise water of Lake Pichola. This small luxury hotel is voted India’s most romantic hotel, a fact that could be attributed to the legend of this hotel.It is believed that Jag Niwas (better known as Lake Palace) was built as a pleasure palace when the moonlight soiree of the young prince Jagat Singh at Jag Mandir (His father’s pleasure palace) with the ladies of Zenana was caught by his father.

Taj Lake Palace is an awe inspiring fusion of the Mewar’s diverse history of ethnic cultures with the European elements of architecture.

Formerly known as Jag Niwas, the hotel is nestled on the natural foundation in the middle of artificially created Lake Pichola and could only be reached by boat. This palace which was later turned into a heritage hotel was built in 1743-46 during the reign of Manarana Jagat Sigh II of Mewar Dynasty.

The hotel was rapidly deteriorating by the turn of 19th Century due to high cost of upkeep and his majesty Bhagwat Singh took the decision to turn it into first luxury hotel in Rajasthan. In 1971, Taj Group of Hotels (Taj Hotels Resorts & Palaces) took over the crumbling hotel and a major restoration took place which saw addition of 75 rooms.

Today the hotel with its serene surrounding and undulating view of Aravali Mountain Range is considered to be one of the best and luxurious honeymoon destination in India. The ‘royal butlers’ who serves the guests in this hotel are actually the descendents of the butlers who served during the reign of erstwhile Rajput Kings of Udaipur.

The hotel with its royal charm has attracted many a royal dignitaries and celebrieties from all around the globe. The clientele of the hotel include the likes of Queen Elizabeth, former first lady Jacqueline Kennedy, Shah of Iran, Lord Kurzon and Vivian Leigh among others.

The Grand Presidential Suite spread across 1734 square meters is named Shambhu Prakash Suite. The interior décor of this suite is characterized by seamless fusion of Rajputana style of architecture with European forms. Shambhu Prakash Suite is featured as one of the most expensive suites in India.

High curver arches, walls adorned with artifacts and lavish furnishing along with state of the art amenities like well stocked library, Wi-Fi internet, private bar, Plasma Television and well equipped working area supported by impeccable service and in-room dining makes this grand presidential suite one of the most exclusive luxury accommodation of its kind. The suite offers mesmerizing sunset view by the lake and Aravalis.

Spa with rejuvenating massages and therapies, variety of cuisine offered in the various in-house restaurants and impeccable service makes Taj Lake Palace one of the best romantic heritage hotel in the world. No wonder it has been featured in the list of ultimate romantic vacation ideas in India.

Dining is served by the royal butlers wherever guest wish to, be it poolside of rooftop. A well equipped business center is finely attuned to meet the business events and conferences of corporate guests. No wonder Taj Lake palace is one of the 10 Best Heritage Hotels in India. 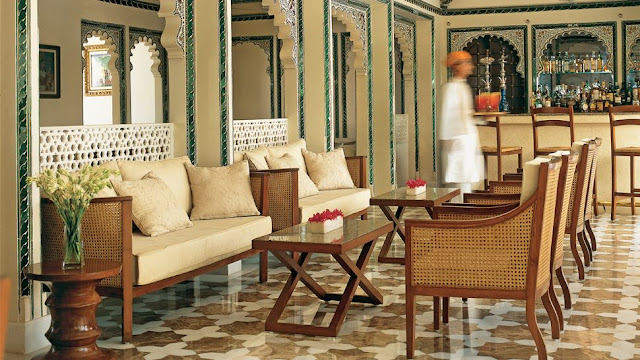 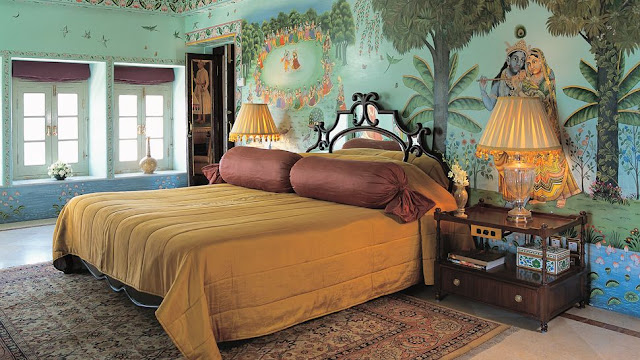 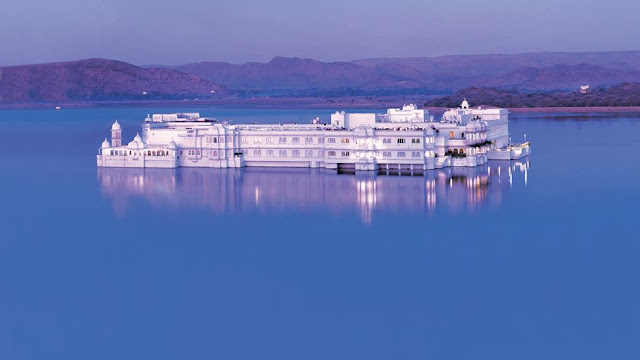