If you are not time traveling, you may want to explore some of the most popular tourist attractions in India. It’s never possible to experience incredible India in one go but here in this post we’ll try to give you the top 10 awesome attractions of India to acquaint yourself with myriad hues of this country.And do plan your trip to India if you have any doubts check out top reasons for why should you travel to India and is India a safe country to travel to.

And don’t forget to read tips on safe traveling in India if you are a woman. 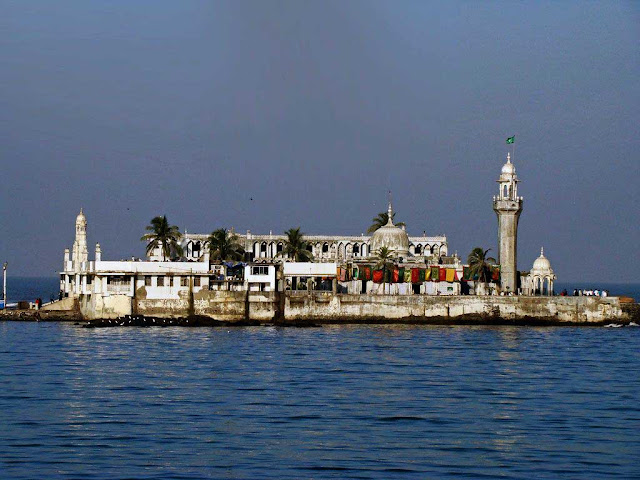 Haji Ali Dargah – Serenity in the middle of the Arabian Sea

This beautiful structure is nestled in Worli (Mumbai). It is one of the most recognizable structure in Mumbai after Gateway of India.This Muslim cultured structure has the tomb of Sayed Peer Hajil Ali Shah Bukhari.According to the story, the time of his voyage to Mecca, he died and his coffin swam to the rocks in the Worli Bay (Arabian Sea). Therefore, the Dargah Sharif was constructed here. 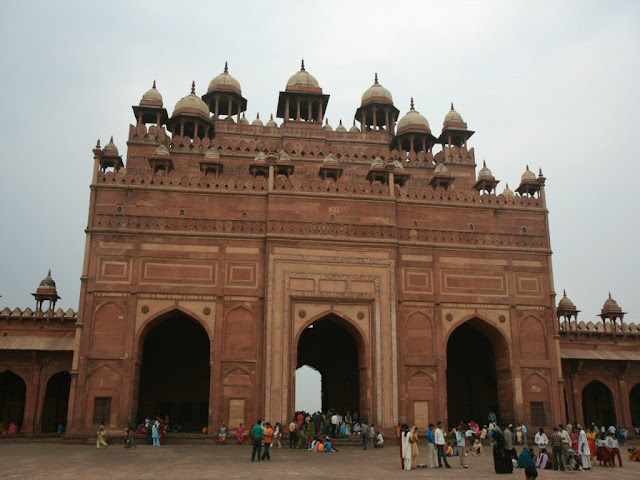 This is one of the royal pieces of architecture of the Mughal period. Fatehpur Sikri is a memoir of Akbar’s golden age. This was originally constructed in the early 16th century by a Hindu Ruler. Later, it was occupied by Akbar after success in war.

The style of architecture is said to be hugely inspired from the personal tastes & preferences of the Great Mughal Emperor Akbar. A few of the significant buildings, reflecting the Mughal history, make part of Fatehpur Sikri. They are:

This place is the living example of the bygone glorious history. There are a lot of elements that make this place a worth visiting.

[Also check out top places to visit in Uttar Pradesh] 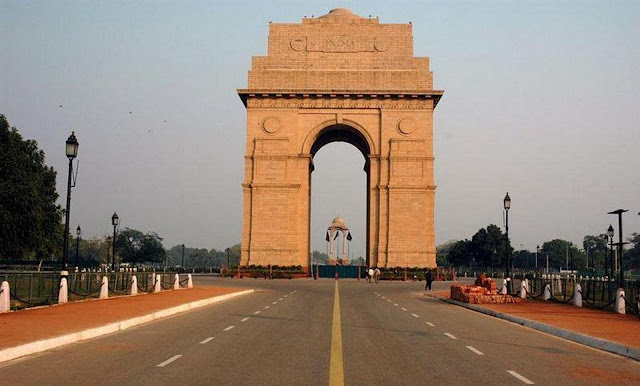 India Gate – Be overwhelmed with patriotism!

It would be a complete injustice to ignore India Gate. This national monument is a perfect tribute to the patriotism. 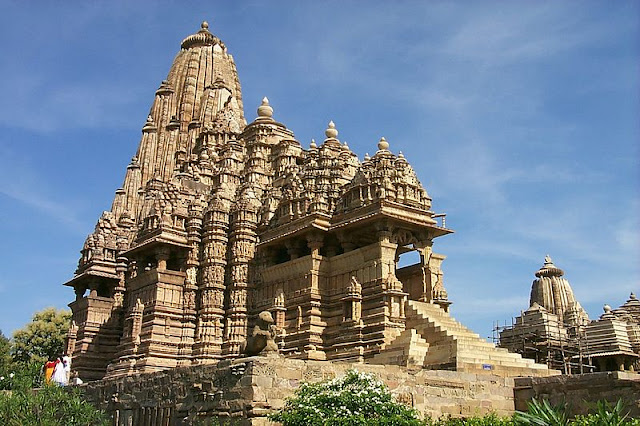 Khajuraho Temples- One of the seven wonders of India

[Also check out UNESCO World Heritage Sites in and around Delhi]

The famous Golden Temple is also popular as the Harmandir Sahib. Built by Guru Ram Das and later accomplished by Guru Arjan Dev.
The Holy Scripture, the Adi Granth, was accomplished and positioned in the temple in the 17th century. 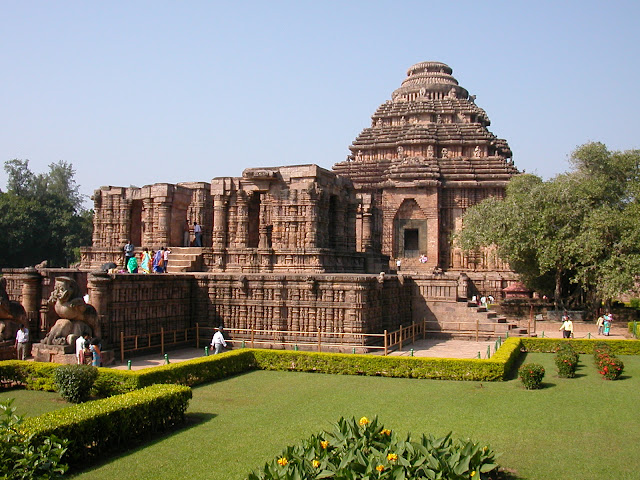 Konark Temple – One of the most renowned temples in India

Beautifully constructed Konark Temple is widely recognized as the Black Pagoda. This temple is the best specimen of the styles of architecture of the Ganga dynasty.

The legend depicts, Lord Krishna’s son, Samba, was suffering from a severe illness. After a decade of repentance, he got cured by the Sun God, Surya. Therefore in his honor, the Konark Temple was built, which today is also popular as the Sun Temple.

The temple is in the form of a mammoth chariot alike of the Lord Surya. The temple is adorned with beautiful stone carvings. The chariot wheels also act as the sun dials depicting the accurate time of the day.

Keoladeo National Park, also popular as the Bharatpur Bird Sanctuary, is one of the best places to enjoy avifuana in India. Keoladeo is located in Bharatpur in Rajasthan. And did you know that UNESCO recently inscribed the hill forts of Rajasthan as World Heritage Site.

[Check out some more ideas for wildlife holidays in India] 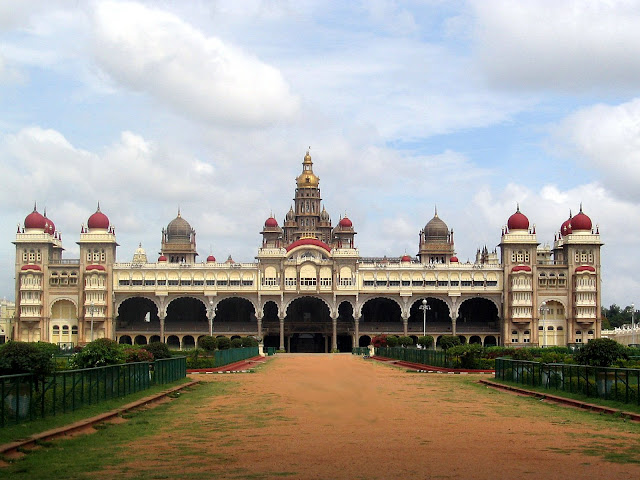 Mysore Palace – A trip to the city of palaces!

Mysore, the city of palaces is worth visiting to get a sneak peak of the erstwhile Royal facets in India.

Victoria Memorial – A fine tribute to the British Empire!

In the architecture, Mughal elements are also incorporated. Today, this memorial is a museum. You may find numerous paintings of Prince Albert and Queen Victoria in the Royal Gallery inside the Memorial. This great monument is also said to be the symbolic contribution to India by the Britishers. 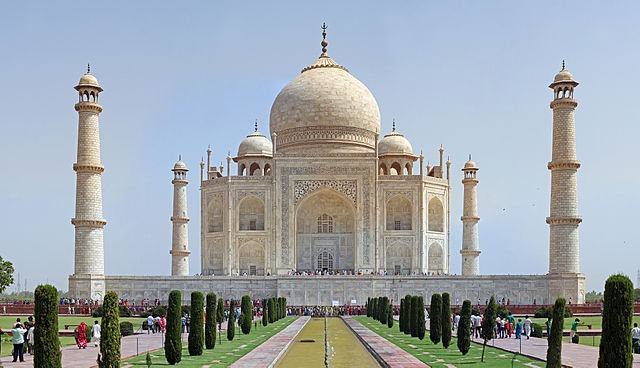 Taj Mahal – A reminder that love does last for an eternity!

This iconic monument is the representation of eternal love hence its appeal. Couples and lovers often propose here if not out on one of these most romantic islands in the world. This magnificent piece of art & architecture exists in India and is praised at world level.Shah Jahan, the Mughal emperor, made this mausoleum in the 17th century in the memory of Mumtaz Mahal, his dearly loved wife.

These ten destinations are enough to provide you with a sneak peak of cultural diversity of India. And by the way you may also want to visit Kashmir as the tourism is in revival mode in the ‘paradise on earth’.Contributed by Nikhil Chandra