Mahamana Express, India’s newest superfast luxury train makes its maiden journey between Vadodara and Varanasi. Inaugurated by Indian PM Narendra Modi, the modern, ‘luxurious’ train sets a new benchmark of enhanced comfort for passengers on long journeys. The Indian Railways’ Mahamana Express is equipped with “world-class interior and aesthetics” along with large number of “passenger-friendly amenities”. A part of the Make in India Initiative, the train coaches have been refurbished and retrofitted at Coach Rehabilitation Workshop in Bhopal. 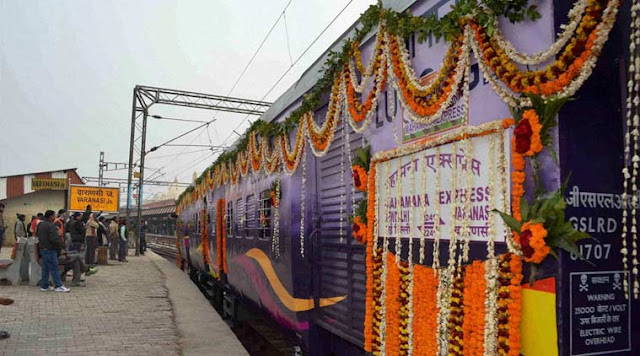 Operating on the route between Varanasi and Vadodara, the weekly train which will depart from Varanasi on Fridays and from Vadodara on Wednesdays. The 1,531 km-journey will be covered at an average speed of 55.7 km per hour, in 27 hours and 30 minutes. 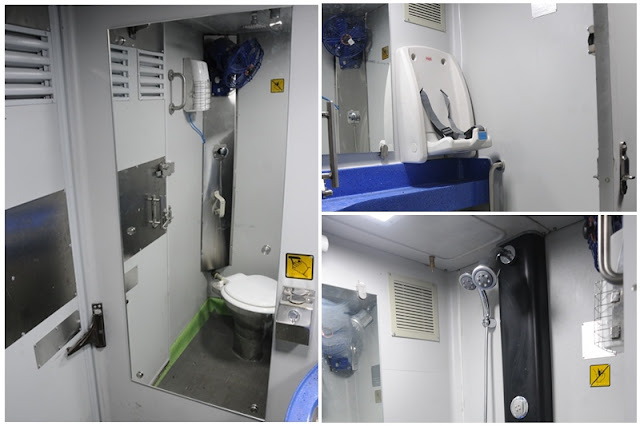 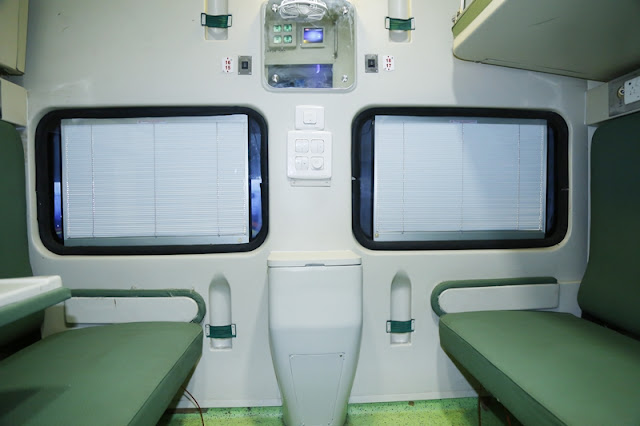 The train has unique features that include ergonomically-designed seats and ladders for climbing to upper berths. There are swanky snack tables for side berths, windows powered with Venetian blinds and roller blinds, LED lights across the coaches as berth indicators and reading lights, fire extinguishers in all coaches and other comforts. 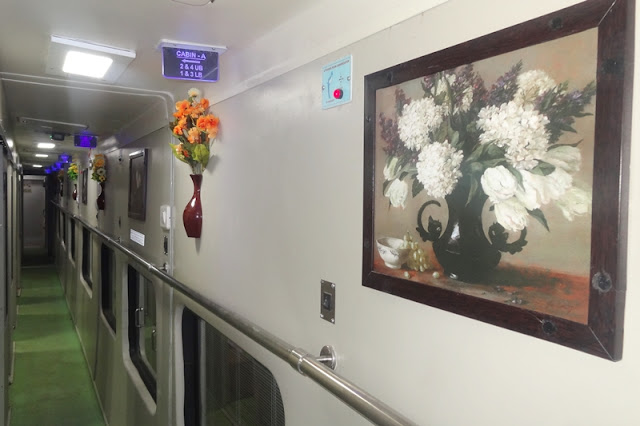 The bathrooms are designed lavishly. Platform washbasins, bigger mirrors, taps which allow controlled discharge of water, an exhaust fans, dustbins are some highlights. Some other facilities in the train include electrically operated chimney in pantry car and stainless steel panelling in luggage compartment. 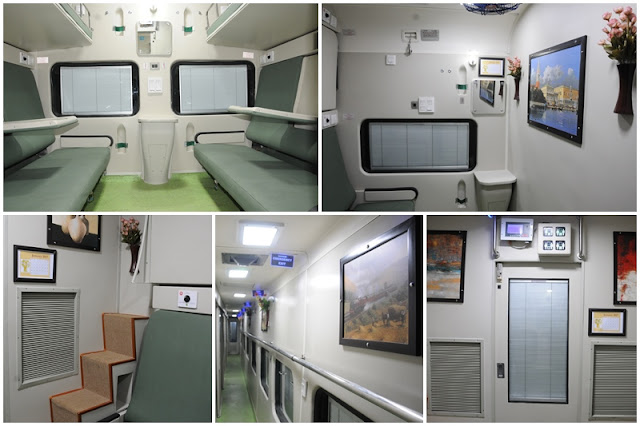 The Mahamana Express, gets its name from the former Hindu Mahasabha president Madan Mohan Malviya. The other two superfast luxury trains, launched previously, run on the routes of Varanasi-New Delhi and Bhopal-Khajuraho.