Choosing just 5 best palace hotels in Rajasthan is no easy task as, this erstwhile dominion of various Rajput chieftains abound in resplendent forts and spectacular palaces. The land was once ruled by many a princes and hence is home to the maximum number of heritage hotels.The name Rajasthan itself builds an image of royal forts, palaces, Rajput warriors and graceful queens in our mind. Even though the title of maharaja is now just customary, the opulence and idiosyncrasies of Rajput warrior princes could easily be experienced by choosing a magnificent palace hotel for accommodation.As the government ended the monarchy in India, the income of royalties started to dry up. To maintain their sprawling forts and palaces, the erstwhile maharajas looked for other sources of revenue. They leased their properties to various hospitality groups keeping only a few of suites for their personal use.

These tastefully revived heritage hotels recreate the romance of a bygone era and give a peek into the indulgence of maharajas of you. As repository of art and culture, these heritage hotels in Rajasthan offer a glimpse into the age of chivalry, legends and decadence. 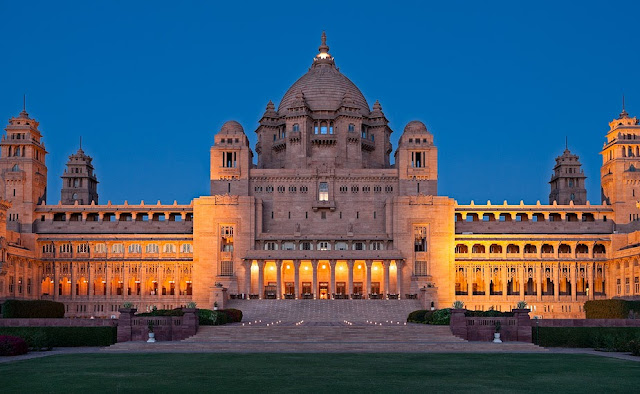 This is one of the south-after destinations for Hollywood as well as Bollywood celebrities to enjoy a lavish stay. There are 347 rooms in the palace and the Maharani suite is about 4850 sq ft., almost 5 times larger than the average flats in metro cities like Mumbai and Delhi. The palace is also the most preferred venue for weddings. Thus, every element of the palace exhibits the component of luxury and opulence. 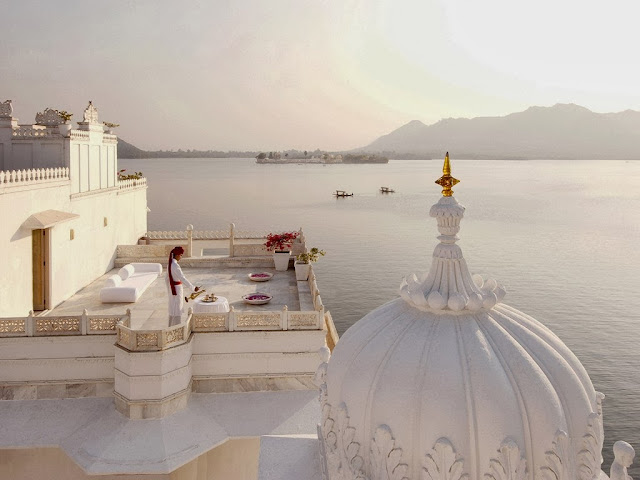 Taj Lake Palace, Udaipur is one of the most spectacular heritage hotel in India

The list of the palace hotels in Rajasthan would be unjustified if we skip the Udaipur Taj Lake Palace. The palace has numerous stories connected with the erstwhile era of the kings and queens.

The interiors and exteriors are amazing and hold the sight of the onlookers. The king size rooms are also equipped with all royal facilities that help the guests enjoy the luxurious stay.

Taj Lake palace claim to fame came after the shooting of the superhit James Bond movie Octopussy. This heritage hotel in Rajasthan has played host to a number of royal dignitaries from around the world as well as celebrities and corporate high fliers.

Laxmi Niwas Palace is a former residential palace of the king of the former Bikaner state, Mahārāja Ganga Singh in Bikaner in the Indian state of Rajasthan.

In the year 1994, the palace was transformed into a heritage hotel. Some part of the majestic structure of the palace is still used as the residence of the early royal family. For the long 100 years, the palace has played the role of host for the royals from all across the world. The palace also showcases the elements that provide the glimpses of the golden era. 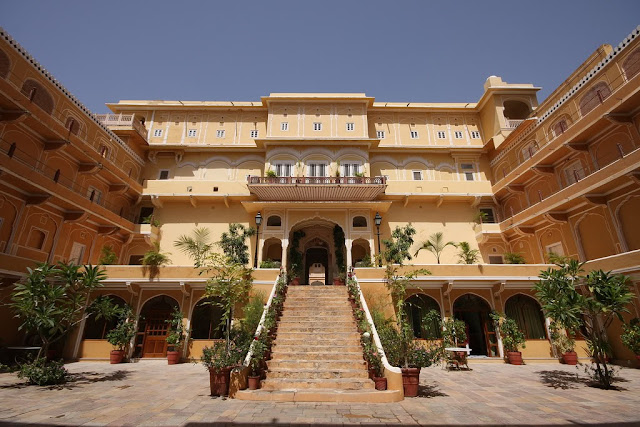 Fine specimen of the royal Indo-Saracenic architecture, this palace is about 475-year-old. The contemporary luxury and signature service mark the unique attributes of this palace hotel of Rajasthan. The rooms are also praiseworthy as the elements placed in the rooms reflect the opulence of the erstwhile royals. 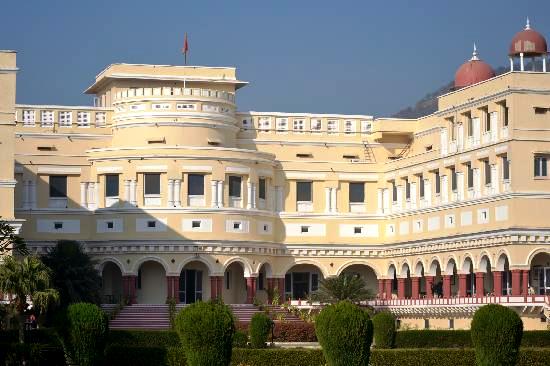 This is one of the finest palaces in Rajasthan. The architecture of the palace is a perfect mix of both French as well as Indian palace architectural style. The rooms and lodges are perfectly renovated and restored to provide the true glimpses of the royal opulence. Thus, a stay at this palace hotel provides the feeling of a real king due to the exceptional pampering facilities and services available.