Blessed with rich biodiversity, Kerala is one of the popular places in India for wildlife holidays. With Western Ghats deemed one of the most bio-diverse regions in the world, the forests and jungles in Kerala host abundant wildlife which include plants, mammals, reptiles, amphibians and avifauna.Various endemic birds and animals are found in the jungles of Kerala. With this extreme biodiversity, it is but natural that Kerala is home to the numerous National Parks and wildlife sanctuaries. Mentioned below are some of the best wildlife sanctuaries in Kerala that you could visit for a fulfilling wildlife holiday. 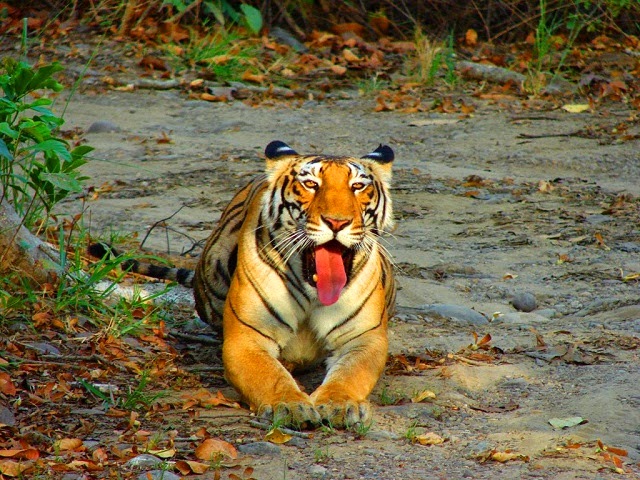 Nestled in the hills of the Western Ghats, Periyar Wildlife Sanctuary is one of the richest bio-diversity spots and a fascinating wildlife sanctuary in Thekkady. It is one of the most popular tourism hotspots in Kerala. The sanctuary is spread over an area of 675 square kilometers and is a reservoir of several rare, endemic and endangered animal species.

The sanctuary was named after the Periyar Lake, which is located within the sanctuary, and plays host to 1800 flowering plants, 171 grass species, 143 orchid species, 265 bird species and 35 mammal species. There are two watch towers inside the forest to watch the teeming wildlife.

Periyar National Park is the only tiger reserve in India that remains open during monsoon and is a popular destination for monsoon holidays in India.

Also check out some more vacation ideas in Kerala in monsoon. 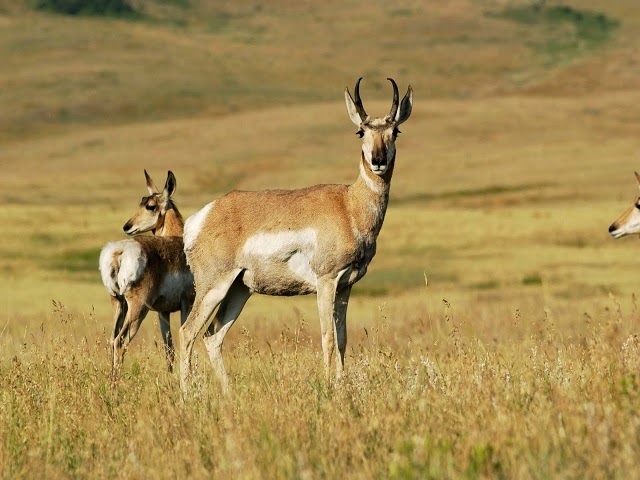 Established in 1973, the Wayanad Wildlife Sanctuary is an extension of the Bandipur National Park and is part of Nilgiri Biosphere. It comprises of thick deciduous forests and plays host to a wide variety of animals such as leopards, tigers, wild dogs, elephants and bears etc. The park is made up of two discontinuous pockets-one is Muthanga in the South and other is Tholpetty in the North. The sanctuary is spread over 344 square kilometers and is part of the Wayanad plateau.
Best Time to Visit: June to October 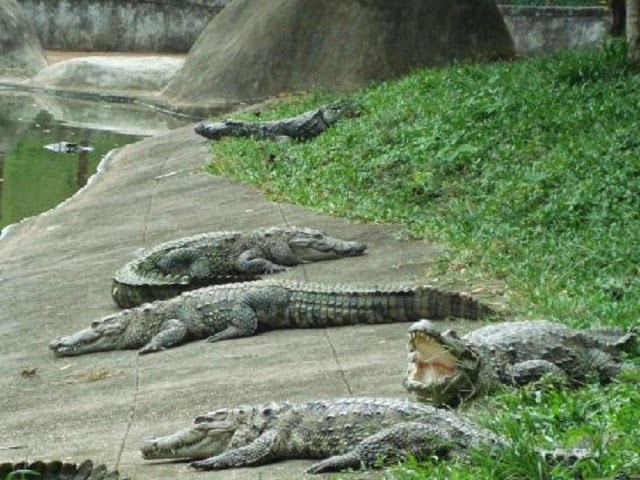 A sanctuary for exotic flora and fauna species, Neyyar Wildlife Sanctuary is much smaller to other wildlife sanctuaries in comparison to other wildlife sanctuaries in Kerala. It is spread over 9.06 square kilometers and is situated close to Agasthyakoodam Hill, named after the Vedic sage ‘Agastya’. The Agasthyamala Peak is 1868 meters tall and is the highest point of this sanctuary. 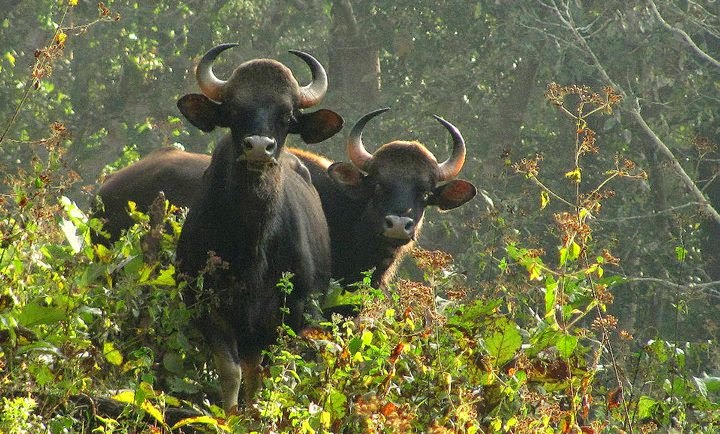 Situated in the Palakkad district of Kerala, Parambikulam Wildlife Sanctuary is blessed with rich flora and fauna. It offers excellent opportunities to experience Kerala’s wildlife in their natural turf. It is situated close to the Annamalai Wildlife Sanctuary and is under consideration of the UNESCO World Heritage Committee. In 2009, it was declared as Tiger Reserve and covers a total area of 643.66 square kilometers. The sanctuary houses 16 amphibian species, 39 mammal species, 268 bird species, 61 reptile species and 124 butterfly species. For wildlife aficionado, the Parambikulam Wildlife Sanctuary is the best place to see King Cobras and Lion Tailed Macaques. 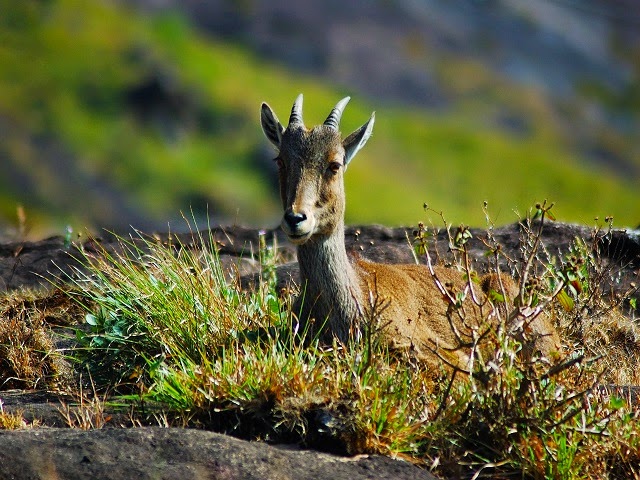 The most famous wildlife destination in Kerala, Eravikulam National Park spreads across 97 square kilometers of natural splendor. The national park is blessed with rich bio-diversity and its ideal location in the high ranges adds more charm to it. Eravikulam National Park is best known for the conservation of Nilgiri Tahr. The park also provides shelter to mainly 26 species of mammals, elephants, Sambars, Gaurs, Leopards and Tigers. It hosts a lot of adventure activities such as safaris, camping, helicopter rides, backwater cruises and trekking. 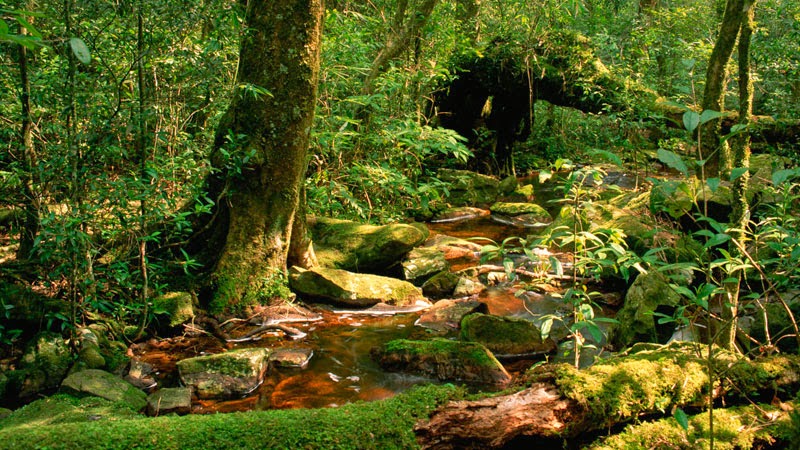 Spread over an area of 53 square kilometers, Peppara Wildlife Sanctuary is home to rich flora and fauna and is dotted with hillocks, forests and eucalyptus plantations. The forests of the sanctuary occur in the catchment area of the Peppara Dam. It is said that there are 13 tribal settlements located within the park. Besides usual animals, the wildlife sanctuary specializes in rare species of Tiger and Leopard. The park is known for its thick forests, crystal clear streams, craggy landscape and eucalyptus plantations.
Best Time to Visit: October to March 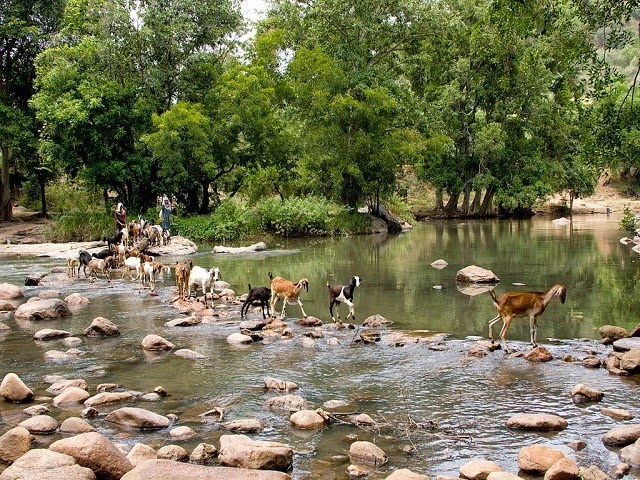 Encompassed by Palghat woods from west, Attappadi Reserve Forests towards east and Nilambur in South, Silent Valley National Park is one of the very few continuous forest strips in the Western Ghats. It is spread over 236.74 square kilometers and forms a part of the Nilgiri International Biosphere Reserve. It is definitely a visual library for the students of life sciences, field biologists and professional scientists. The River Kunthi descends from the Nilgiri Hills, from an altitude of 2000 meters above sea level. It never turns brown and is always crystal clear, wild and recurrent.
Best Time to Visit: December to April 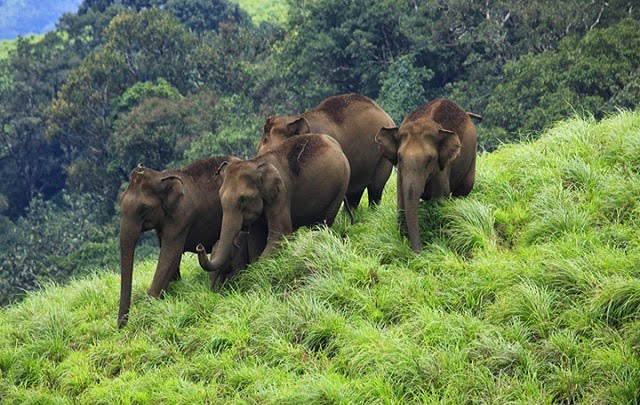 One of the ideal wildlife sanctuaries for nature freaks, Idukki Wildlife Sanctuary is located at a distance of 40 kilometers from Thodupuzha. It is certainly a paradise for wildlife lovers and best known for playing host to tiger, deer, leopard and langur etc. The sanctuary spreads from Thodupuzha to Udumpanchola in Idukki region. It is indeed fascinating to know that a trip to Idukki will paint your eyes green. The wildlife population is covered with animals such as elephants, bison, deer, wild dogs, jungle cats, wild boar and tiger etc. Also, you can see hundreds of birds dwelling and singing in the interior’s regions of the sanctuary. 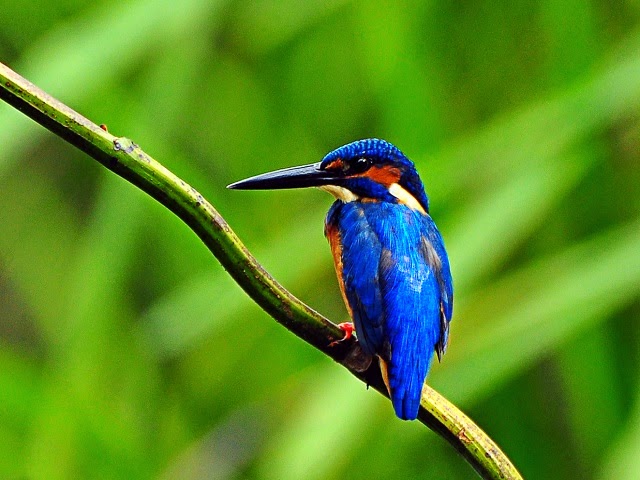 Also commonly known as ‘The Salim Ali Bird Sanctuary’, Thattekad Wildlife Sanctuary is located in the Kothamangalam Taluk of Ernakulam district. It is the first bird sanctuary in Kerala that was established by Dr. Salim Ali, the best known ornithologist of India. It has a rich and varied life. Several species of birds,including both forest & water birds, visit the sanctuary. Some popular bird species include Indian Pitta, Orange headed Thrush, Indian Cuckoo, Oriental Darter, Whiskered Terns and Yellow-browed bulbuls. 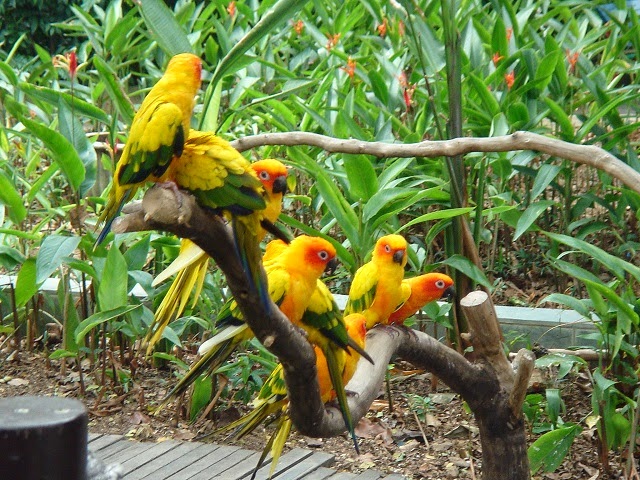 Best Time to Visit: June to August
[Interested in a holiday package? Browse through over 90 Kerala Holiday Packages]