For the readers’ benefit I have enlisted the most common (and obviously the most popular) tourist destinations that are a part of most itineraries for Indian Luxury Trains.

Rightly so, the capital city enjoys a fair share of foreign tourists owing to the multiple culture and heritage sites and monuments it is a home to. Qutab Minar, Lotus Temple, Red Fort, India Gate- the city abounds in tourist hotspots and has the infrastructure of a world class city. The best time to visit Delhi is during winters in the months from November to February.

The erstwhile Mughal capital is a center of historical significance. Home to the lovely Taj Mahal, one of the Seven Wonders of the World, Agra is also famous for its thriving leather industry. Other notable attractions are Fatehpur Sikri and Agra Fort.Visitors must beware of touts and thugs posing as tour guides and should insist on checking identities before hiring them.

Jaipur is the capital of Rajasthan, the Rajput state. Being at the heart of the erstwhile Rajputana kingdoms, Jaipur is the focal point of varying Rajasthani and Marwari cultures. The Pink City is a visual delight, with its imperial forts and monuments.Visitors must be prepared for extreme weather conditions.

The city of lakes, besides being the home to the majestic Umaid Bhawan Palace, was also the capital of Mewar in the days of the Rajputana. A visit to the Taj Lake Palace next to Lake Pichola is an absolute must.Carry sufficient local currency to shop for artifacts, souvenirs and handicrafts. 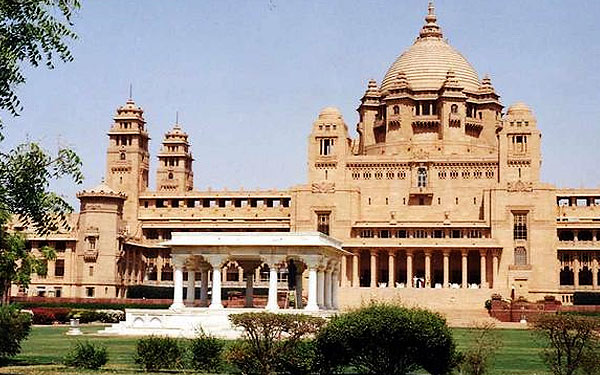 Named after Jodha Bai, the queen of Mughal emperor Akbar, Jodhpur is also known as the Blue City and is dotted by forts and palaces that are a true evidence of the Rajput splendor and the genius of Mughal architecture.Opt for the all inclusive package offered with Indian Luxury Trains to go on a detailed tour of all the forts and palaces.

India’s very own New York is the city that never sleeps. Situated long the Arabian Sea coastline, Mumbai is the home to the film industry of India. Young and brash, the city has lots of nightclubs in addition to the legendary Gateway of India.A must do is taking a ride on the Marine Drive in a horse carriage in true Bollywood style.

The home of the Nawabs, Lucknow is the capital of the most populous state of India, Uttar Pradesh. A center of culinary excellence, classical music and urdu poetry, Lucknow is also famous for 400 years old havelis that are still a part of its mainland.Try the mouth-watering Tunda Kebabs at Aminabad. Surreal stuff.

The bastion of the Scinida family, the scion of which is an Indian Parliamentarian today, Gwalior has always been perceived as a potpourri of vivid cultures and has some real architectural marvels such as the Gwalior Fort, Jai Vilas Palace and others.Try local markets to find exact the replica of the famous Scindia sword, a genuine collectible.

The land of the erotica, the quaint little town of Khajuraho is famous all over for its beautiful temples bearing stone carvings inspired from Kamasutra. Some of these temples have also been declared as World Heritage Sites by UNESCO.Do not give unnecessary donations to beggars and touts. Take your camera along or you’ll repent it later!

The holy city of Varanasi, also known as Kashi or Benares, is perhaps India’s spiritual capital. Home to the Sanyasis, sacred men devoted to God, Varanasi paints a surreal picture of a town soaked in spirituality. Do not miss the evening aarti on the Ghats of river Ganges.

For the adventurist in you, a trip to the Ranthambore National Park will get your adrenaline pumping. Follow tigers’ trails as you meander through the vast forest reserves on a Jeep safari.This is one more destination where you can go wild (pun intended) with your camera. Shoot at will!