5 Most Expensive Bikes in the World

Vroom… Vroom… Vroom… Bikes have their own unique sound. When you ride a bike on any road in the world, you travel with style and speed and feel like a Rebel. Check out some of the most expensive bikes in the world …and do let us know which one would you ride…
What is about these gorgeous two-wheel machines that make each and everyone just become so fanatically involved with them? Not everyone looks like the Terminator Arnold Schwarzenegger while riding a Harley Davidson, and still as soon as one touches those clutches, sits on their bike seats and roll the accelerators, one become, in his own eyes, and in the eyes of the world, a pure rebel without a cause or an anti-social freak whom one simply cannot control.
Riding the motorcycles on dreary roads, hills, high altitudes etc. is considered as the prime idea of a modern day adventure. The bikes add a million points to the personality of the rider.
For those who wish to travel with pure style and utmost speed, mentioned below are some of the most lavish bikes.. Possessing any of them is like a dream come true. 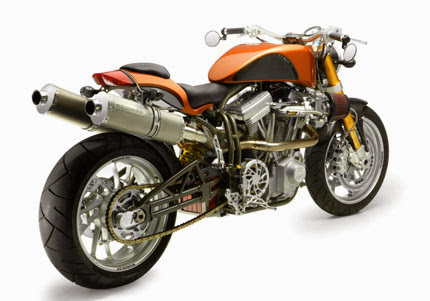 If you set United Kingdom’s top F1 engineers a task to design a superbike, what do you think will become the defining attribute of the bike? Speed. The superbike is fitted with an advanced electronic control system which makes the bike ride smooth, airy and ultra fast.

With a boost by a modified IL4 engine which can stay up to 200 BHP, the bike runs… rather flies at a maximum speed of 250 miles per hour. Dreaming of this bike? Place you order for the bike if only you can afford to spend a bare minimum cost (sense the sarcasm) of $3.6 million. 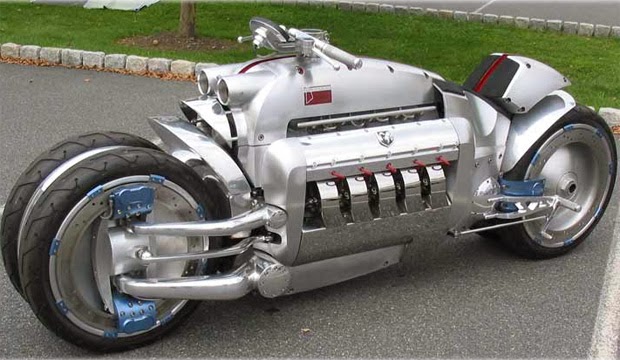 Harley Davidson is a bike brand in America which preferred by all from wrestling superstars to film stars to street hustlers to common daddies going through mid life-crisis. Harley Davidson Cosmic Starship is not simply a bike… it is a piece of art and that too collector’s edition art.
Designed by Jack Armstrong, the bike has been painted with a style of art referred as Cosmic Extensionalism by Armstrong, embezzled with strong colors and stunning textures. This bike is literally a million dollar dream. 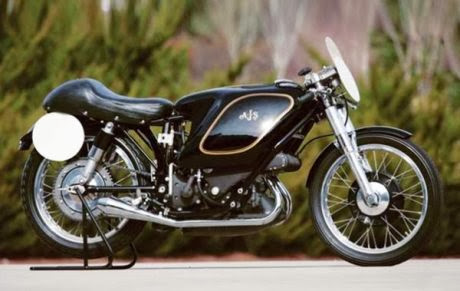 The most historically significant bike Ultra-rare Porcupine is one of the most stylish and efficient rides in the world. Only a few models are available right now of this bike and hence the bike is ranked at no. 2 position in the list of Most Exclusive Bikes in the World.
The bike is ranged at a whopping price of $750000 because of its history: it was built by an Asia British Manufacturer Company during the Second World War. 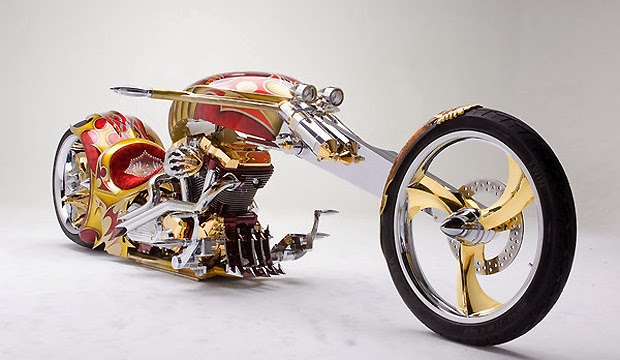 If you see this bike coming towards you, you will be scared like hell. Wondering why I said that? It is so because the bike flies at a top speed of 420 mile speed and its physical attributes are designed like a beast from hell with two wheels on each side for extra stability.
Installed with a V10, 8.3 liter engine, with a horsepower of 500, the bike can attain an acceleration of 62 miles per hour in minimum of 2.6 seconds. Get the beast at $555000, and it will be a sweet buy. 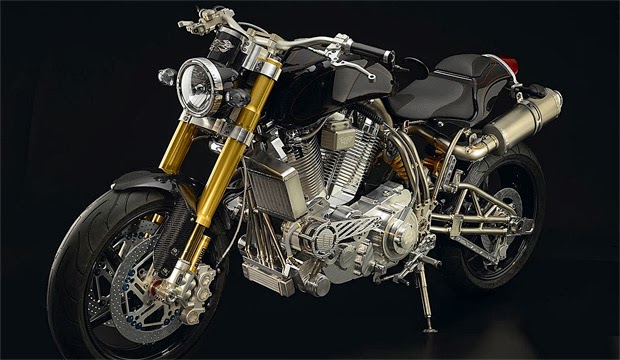 This is one of those bikes that look more like a Show stopper, than a real motorcycle. Taking out this on the roads will be a tough decision for all… the machine looks so appealing. The bike was crafted by BMS Choppers operator Sam Nehme.
The bike because of its devilish looks and the name of its creator is nicknamed as “The Nehmesis”. The bike is all covered with gold plating and the velvet seat is designed in a bright red color which gives the bike an elegant touch. At half a million bucks, this bike appears to be rated very cheap… it is just so good!

When it comes to lists, one never have enough. Check out some of the world’s most spectacular train stations and the best luxury trains in the world. Which train will you travel on?