See-through Coach to be added on Kalka-Shimla train route

A UNESCO World heritage track, the Kalka-Shimla rail ride is in for a new upgrade. The already mesmerizing train ride from Kalka to Shimla is going to become even more picturesque. The Northern Railway has plans to add see-through Vistadome coach on this track. According to the railway official it is atill at the drawing board stage but will be manufactured at the Kalka Railway Workshop. The fare of this coach, however, has not been decided yet. 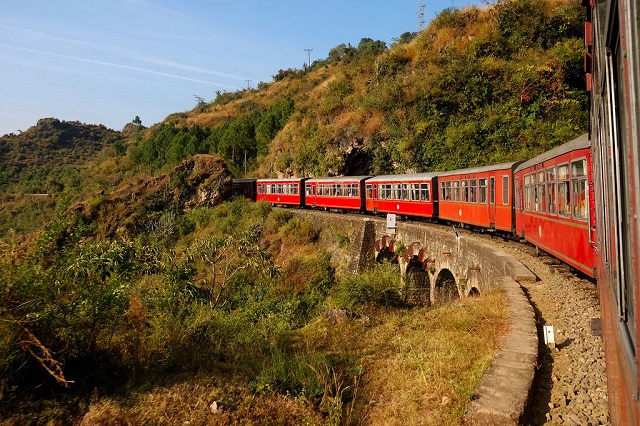 Divisional Railway Manager (DRM) Ambala, Dinesh Kumar said, “As per the plan, we will initially manufacture one coach. It will have large glass windows and glass ceiling and it will give an amazing experience to the tourists travelling in the coach.” He added, “It [coach] will be introduced on trial basis. Manufacturing of more such coaches would depend on the success of this coach. It will be done later as the manufacturing is completed. But, it would be available for booking on requests”

The officials have planned to manufacture an 18-seater coach. The official said, “We have recently sent a revised drawing of the coach to the railways headquarters. We are waiting for the approval of the drawings.” Kumar further informed that it is not possible to say that will the coach get complete and get attached to the trains.

Officials of the Northern Railways stated that in total, there are 8 regular trains currently running on the Kalka-Shimla railway route. Two special luxury trains have also been designed for tourists and will be booked on request.  “We hope that it would attract more tourists. The Kalka-Shimla route records a large number of domestic and foreign tourists. Once this coach is started, the passengers will have a memorable journey,” said the railway official.